Can stories of failure incite a feeling of inspiration in us?

Well, we all search for successful people and their stories to find the hidden motivation in our life. Success and failure are two sides of the same coin. While we all want to have the most successful experiences in life, we can't deny the fact that breakdowns are all about learning the unexpected.

While we always share the top and the best startup advice with you, we wonder if you know of any unsuccessful startup story?

The absence of scalable ideas is one of the biggest reasons that startups fail in the early stages. Well, no matter what reason breakdowns a startup, it always gives a worthy experience. So, advancing with this thought, Higgle looks back at the startups that have not succeeded in their respective industries. Read on to know more! 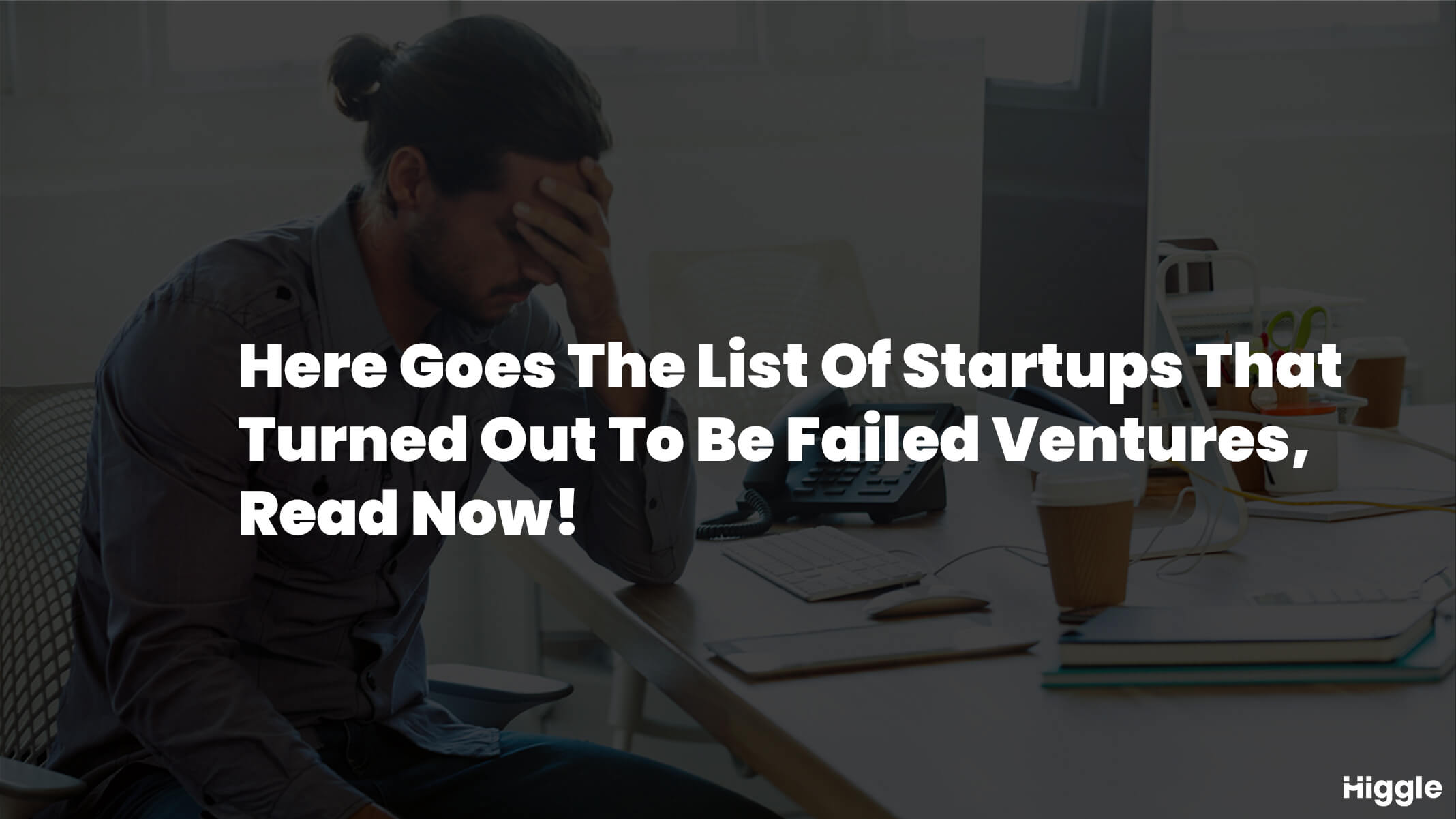 Zebpay, launched in 2014, was aiming to be India's largest crypto exchange, but plans didn't work out for the startup. The startup enabled some three million users to trade in Bitcoin and other cryptocurrencies. Zebpay closed down after the Reserve Bank Of India issued a circular in 2018 restricting banks and regulated payments corporations from providing any services to crypto exchanges and wallets.

With the lack of crypto governance in the country, Zebpay announced its closure in September 2018. It was not only Zebpay who faced a breakdown with RBI's decision, but many other exchanges closed down in the last two years.

Doodhwala, founded in 2015, was a subscription-based milk delivery platform. The startup claimed the delivery of 30,000 liters of milk daily. In many of their interviews, the founders- Aakash Agarwal and Ebrahim Akbari, assured that the company had the lowest operational cost in the whole industry.

It all happened in 2019 when the founders announced in an e-mail that Doodhwala would be discontinuing its services. While the company didn't specify any reason for the closure, we believe that it was the close market competition that led to the breakdown.

Starting its journey in 2012 as GetMyPeon and then rebranding itself in 2015, RUSSSH was the only errand running and delivery service in Mumbai. It was in June 2019 when the company terminated all its operations as it lacked sufficient capital to fight the future competition. In an interview, founder Bharat Ahirwar recalled the difficulties he faced being a single founder of a self-funded business.

Wooplr was a fashion-discover and social commerce startup based in Bangalore. Founded in 2013, the startup lost two out of three of its founders in 2016 as they left the company. The team shut down the operations in May 2019 as it mailed the customers demanding support in difficult times. Reportedly, the company was struggling to find further investments.

Lastly, we want all you to learn from these failures and never lose hope!

In many of the stories, we observed that investment stands as a significant obstacle for business, and that's why Higgle helps you. Visit us at Higgle to start a business with zero investment. Follow us on Instagram for the latest updates!