In one of our earlier blogs, we talked about how green startups are changing norms with their sustainable business practices. Undoubtedly, global communities are ready to opt for business ideas that support the environment. Well, today, we have another such story which has earned quite a fame within a short span all because of its green operations. 'Renew Power' is our story for the day.

ReNew Power is a startup that talks about generating renewable energy. In nine years, the startup has become India's largest renewable energy independent power producer. While many startups are working for different environmental solutions, ReNew Power has made a massive impact in India. Want to know how this all happened? Read on to get into the story of ReNew Power! 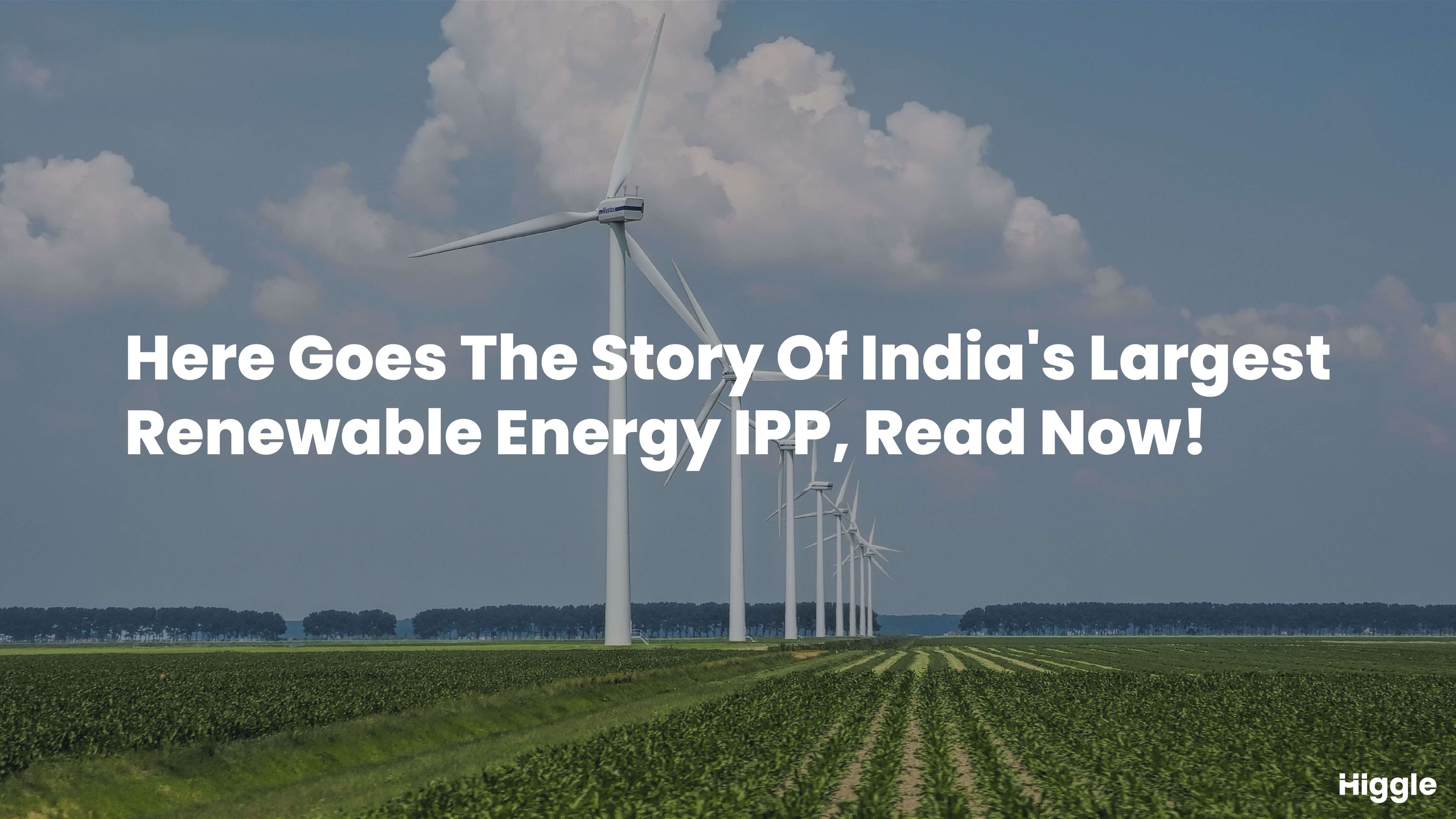 The Beginning of Renew Power

Sumant Sinha, an IIT Delhi and IIM Calcutta graduate had been the CEO of Suzlon Energy until 2010 when he decided to resign owing to his plan for this venture. Sinha founded an investment and banking consultation corporation named 'Savant Advisors' in 2010. In 2011, he set up a team at Savant Advisors to take care of the business so that he could focus on his ideas for 'ReNew Power'.

Sumant launched ReNew Power in 2011 as a platform that develops and manages wind and solar energy projects. He got his experience in wind energy while he was working in Suzlon Energy. Within a few months of his launch, the company received its funding from Goldman Sachs. By 2012, ReNew Power inaugurated its first-ever wind farm in Rajkot, Gujarat.

ReNew Power is a commitment to sustainable development in energy production in India. This startup operates wind and solar plants throughout the country as it aims to generate electricity from renewable sources. The company has prominent investors from across the globe, including the Abu Dhabi Investment Authority, Canada Pension Plan Investment Board, and JERA.

While many startups are working in the sustainable power source industry, ReNew Power has accomplished a leading position in the country. The government policies for the energy industry have also favoured the company. Talking about the company's growth, then ReNew Power owns over 10 GW clean sources of energy with an operational capacity of more than 5.44 GW.

The company is also working in spreading awareness about sustainable sources and the merits of their use. Beginning with wind power, Sumant Sinha's company has now expanded into biomass, solar, and hydro energy sources. Within six years of work, 'ReNew Power' made its place in the prestigious unicorn club in 2017.

Although the wind energy sector had seen a slow pace over the past five years, ReNew Power is moving ahead with expansion in its projects. In 2019, the company became the first-ever to collaborate with GSE&C, a renowned renewable energy corporation in Korea.

Moving with the recent Aatmanirbhar Bharat campaign, the company has announced that it will begin assembling solar based cells in India. ReNew Power, with its aggressive growth strategy, is planning to cover a target of 60,000 MW by 2022.

We extend our best wishes to ReNew Power for their future green practices!

Visit us at Higgle to start a business with zero investment!